The project finished and colorful in 2.35 Digital “Artemisa y el astronauta” of the American director A. Lauren Lee, was participating in the month of June in the Soho International Film Festival in the city of New York, where he had an outstanding participation with the presence of Lynn Cohen (Artemisa) protagonist of the short film nominated for best actress.

“Artemisa y el astronauta” it is a story about the love and memory of a couple; Artemisa and Henri, who live a series of situations around a piano, Alzheimer’s and an unexpected visitor. 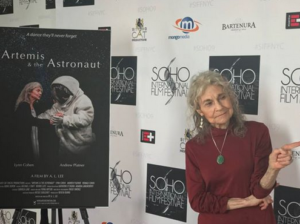 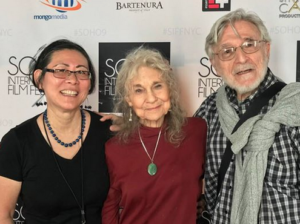 “El Pacto de Adriana” by director Lissette Orozco, project awarded by 2.35 Digital in FICVIÑA 2016 and of which he is today a co-producer, will be shown in Colombia in alternative theaters starting on July 19. Do not miss the opportunity to see this great documentary colorized and finished in our house that had an important participation in various festivals around the world.

“El pacto de Adriana” tells the story of Liss who, at 23 years old, learns that in her youth her beloved aunt Adriana worked for the secret police of Pinochet and in Chile they accuse her of committing gross human rights violations. The innocent niece innocently investigates and decides to get involved in her aunt’s past to find a truth. Liss lives a disappointment that leads her to make the decision to expose herself in this documentary in order to provide new generations with reflection and dialogue about her painful historical heritage. 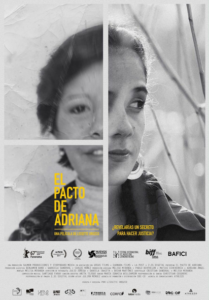 235 Digital present in the BAM with 4 projects